The opening of a new Mexican restaurant typically merits the same attention as the opening of a new Subway, and with good reason – if you’ve had it anywhere else, you’ve almost certainly had what the new place has to offer. The code of the American ‘Mexican’ food palate has long ago been broken, and the resulting template is impressively well established locally.

Charritos, however, bucks the trend. Sure, you can find sizzling fajitas, but you can also get real, street-style tripa and lengua tacos, or even a tlayuda. Even Mexico City-style spit roasted al pastor is on offer. 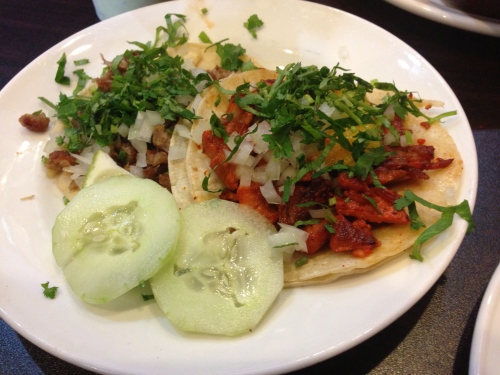 In other words, it’s true Mexican food with the occasional nod to more dominant local sensibilities. And, it’s quite good, which is unsurprising – as we understand it, the owner and his family run several restaurants under the same name in his native Oaxaca.

We first caught wind of this place when a friend suggested that the al pastor was better than at Los Guachos. Yeah, that’ll get our attention. We tried it in a chicana, which is a politically correct naming alternative to Guachos’ gringa, and we had to agree that it was damned solid rendition. The al pastor was impressively tender, nicely flavored, but lacked the flame kissed crusty bits that put Guachos over the top… at least on our visit. Beyond that, it was pure classic gringa/chicana satisfaction through and through.

The tlayuda was a pleasant surprise, first because they had it at all (it was a special) and second because it was so different than what we’ve found elsewhere in town. The shell was distinctly unique – thicker, crisper, and overall better. The local preference for chorizo was not recognized, and a seriously tender asada took its place. Black beans coated the shell as usual, but a smattering of white beans finished it off on top. It’s a solid alternative to the more common (as in, two places carry it…) version. 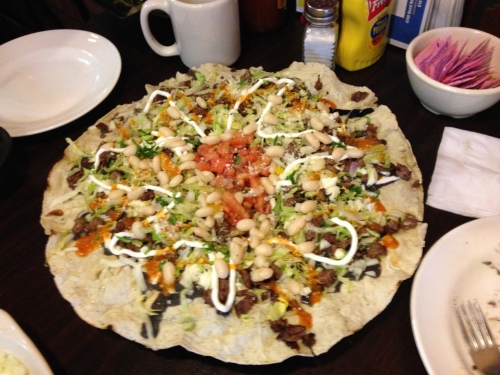 Ditto for the tripa, and the lengua, and on and on. The flautas were particularly enjoyable, stuffed with what appeared to be tinga-style chicken. The caldo de mariscos has never been my favorite dish, but it was at least as good here as anywhere. 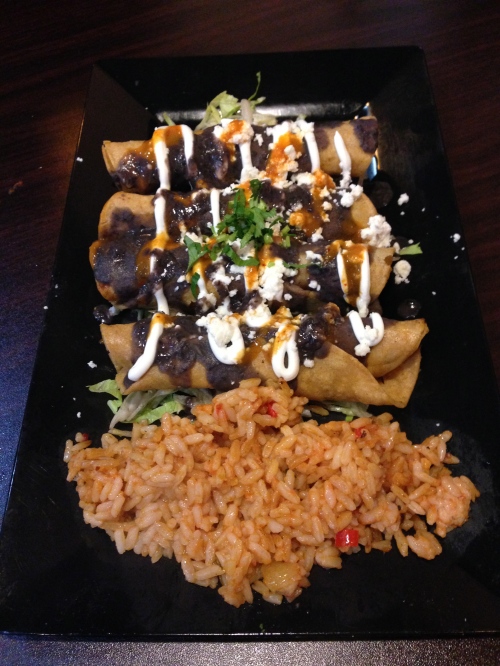 In other words, Upper Arlington just got a taco truck cleverly disguised as a strip mall restaurant. Use it as such, and enjoy taco truck quality food in the comfort of a warm dining room this winter.

This entry was posted in Mexican, Restaurant. Bookmark the permalink.