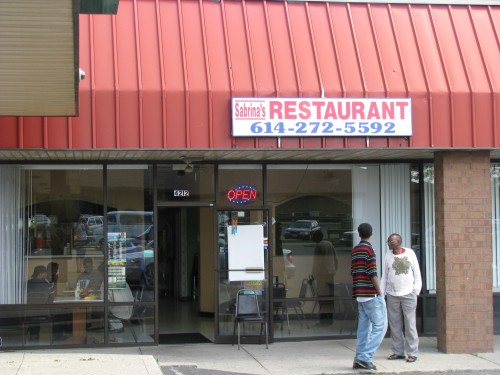 Most of the Somali restaurants in Columbus are clustered near Cleveland Avenue, but there are 3 or 4 outposts on the West side of town. One of these is Sabrina’s. Tucked away off Georgesville Road, it is a small cafe run by a Somali family who made their way to Columbus via Kenya. Sabrina’s has a limited menu and seems part restaurant, part coffee shop. 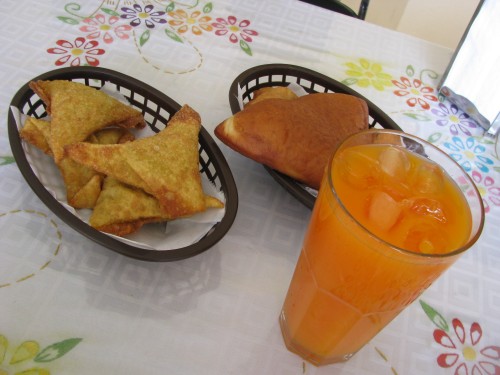 Most of the menu is made up of seven appetizers, and those available (four on the day we visited) are displayed in a heated display case. We started with a mandhaazi, which we were told was a Kenyan speciality (the only one on the menu). A mandhaazi (above, right) is similar to a donut – a triangular fried bread, not really sweetened, and best, I’m sure, when both fresh and served with tea or coffee. 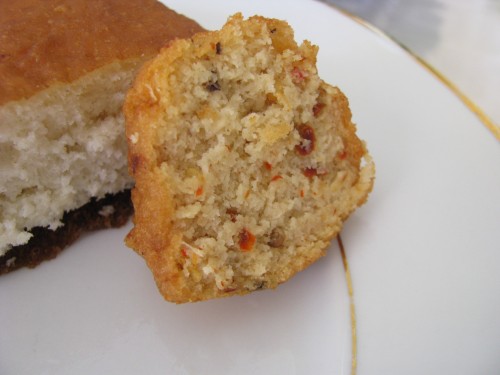 Next were bajiya which the menu describes as ’round stylish bean mash, mixed with saffron recipes and deep fried’. It seems that these are commonly made with black eye peas, but I am not sure what the bean was in this case. We were not able to detect the saffron but it seemed to contain some red pepper. It was reminiscent of falafel, but drier and would have benefitted from some sort of dip or chutney. 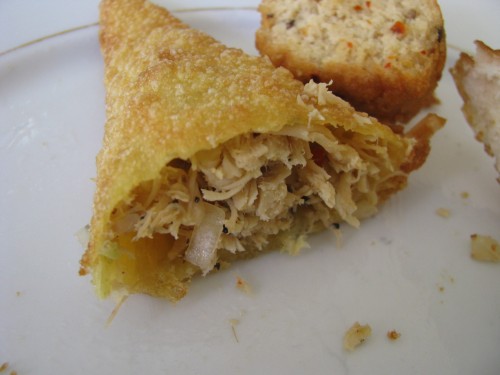 The sambusa’s were easily our favorite appetizer – crispy fried shells filled with shredded chicken, onion, and garlic and well spiced. According to the menu fillings vary and fish and meat sambusas are also available. I was a little disappointed not to be able to try the najakho (boiled egg enveloped in mashed potato). 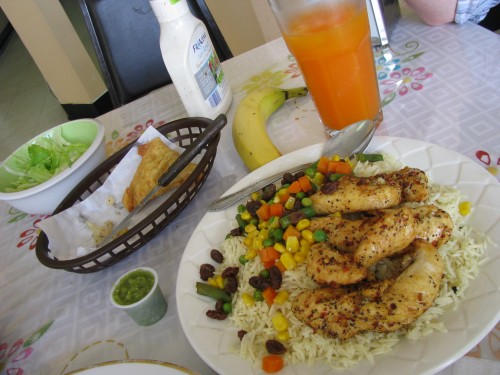 As with other Somali restaurants we have found that the menu only loosely reflects what is available. The menu lists three main dishes: steak sub, chicken sub and baked chicken with rice, but we were told that we could have meat, chicken or fish with rice. We opted for the chicken with rice which also came with a small iceberg lettuce side salad and a banana. The chicken was extremely moist and heavily seasoned with black pepper and cardamon. The rice was also cooked with cardamon. We were also given a small dish of a green chili chutney. I found this simple dish satisfying but not overly exciting. 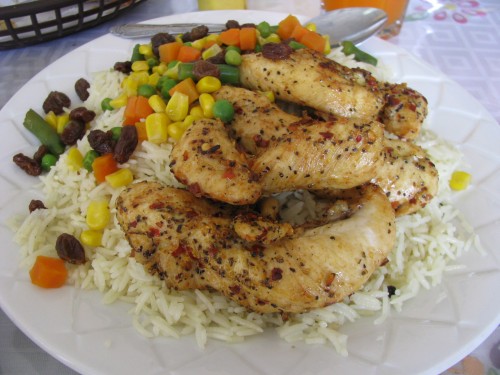 Sabrina’s is a sound but limited Somali option for west siders. As is usual with Somali cuisine, vegetarian dishes are not well represented, although the bajiya and mandhaazi were meatless.

This entry was posted in African, Somali and tagged bajiya, mandhaazi, sambusa. Bookmark the permalink.