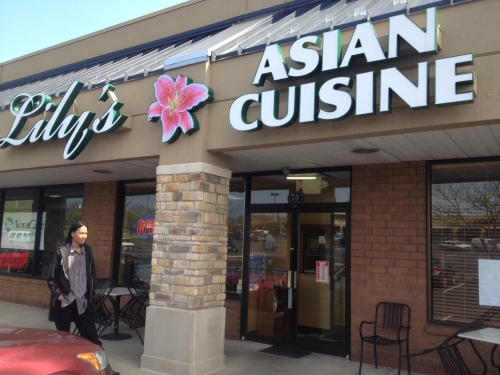 Last year when Taste of Bali closed, it seemed as though Columbus was suddenly lacking for Indonesian food. Happily, we’ve come to find that was not the case – Lily’s offers it, and it’s our distinct impression that it’s superior to it’s lapsed competitor.

The restaurant, which occupies the old Hometown space on Bethel Road, is run by an Indonesian family. Although they are hedging their bets with sushi, Chinese, and Thai, it’s primarily the small but well chosen range of Indonesian dishes on the menu that’s the real draw.

Acknowledging our lack of expertise in Indonesian cuisine, we invited some Indonesian exchange students to accompany us to Lily’s, where we ordered one of every dish from their homeland. Each dish was fully dissected, analyzed and graded – these guys knew their food, and would go off on long (and invariably fascinating) tangents describing in minute detail the proper preparations of each dish and how they relate to the cultures of their regions of origin. 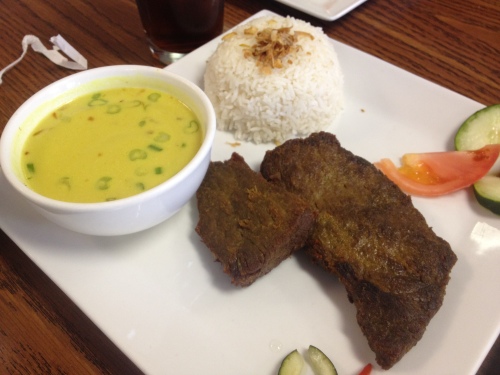 The best dish, according to our Indonesian critics, was the empal marinated fried beef steak which is sweetened with brown sugar and coconut and flavored with coriander. It is served with rice, a mild curry soup, and house made sambal; a curry paste made with dried shrimp paste. The beef was a little chewy but had a lot of flavor and was deemed by the Indonesians to be a real taste of home (‘99% like home!’, one exclaimed). 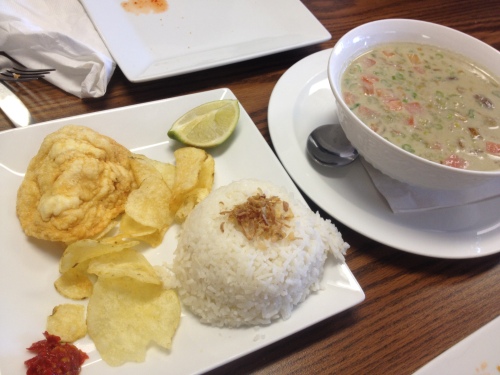 The soto betawi, a beef soup reminiscent of a mild Thai curry, was also deemed to be very authentic (‘95%!’). It is served with rice, chips and belinjo (aka melinjo crackers). We learned that soto betawi is soup of the Betawi people, from around Jakarta, and that many regions of Indonesia have their own distinctive soup. 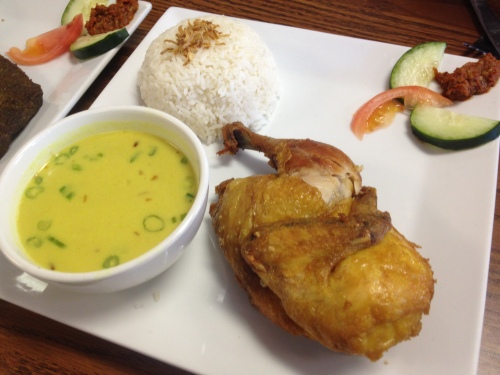 We thought the ‘marinated fried chicken’ was good, with a nice crispy skin and still moist meat, but we learned that American chickens are much fatter than Indonesian chickens and in our friends’ eyes the plump American could not compete in flavor. The Belcan and Indonesian fried rice and the rendang were given passing grades. One complaint was that the rice was not spicy enough, but the server let us know that next time we could order it Indonesian style – extra spicy.

In a nod to Lily’s other offerings, here’s a gratuitous shot of their delicious, cracklin-tastic roast pork. 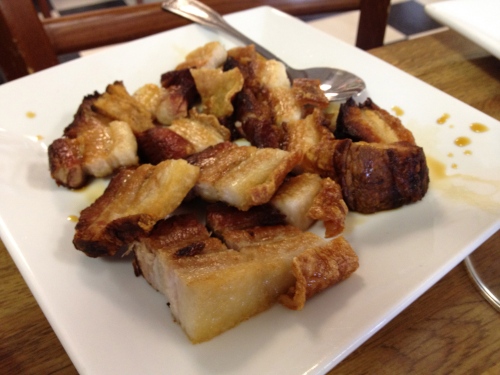