Reethika (pronunciation – think ‘Ithaca’ with an ‘R’ in front) perhaps isn’t quite as flashy as some of the other new Indian restaurants in Columbus, but their Hyderabadi home-style food is very noteworthy and the welcome is warm. They opened quietly at the end of November but the location, between the two large Indian markets on Sawmill, guaranteed they wouldn’t go unnoticed for long.

The friendly owners are Mr and Mrs Reddy, and Reethika is named after their daughter who also works in the restaurant. They family hails from Hyderabad, a large city in Southern India.

Reethika offers an $8.99 buffet for lunch, which is comprised of more interesting dishes than we’re conditioned to expect. Buffet items change daily, though all come with an order of fresh (and excellent) chapatti.  A separate section of the buffet contains chutneys, raita and dessert. The chutneys are exceptional and are obviously freshly made. 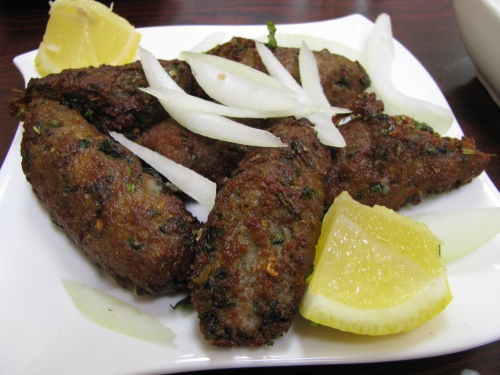 Dinners have been equally good, and many of our favorite dishes so far have been the appetizers. The seekh kebab was a standout, extremely flavorful and well seasoned; the tandoori chicken wings (unusually and deliciously deep-fried), Manchurian cauliflower and the mirchi pakoda, green chilis deep fried in a crunchy spicy gram flour batter. Pakoda is an alternative spelling of pakora. The palak pakoda was extremely light and crisp. 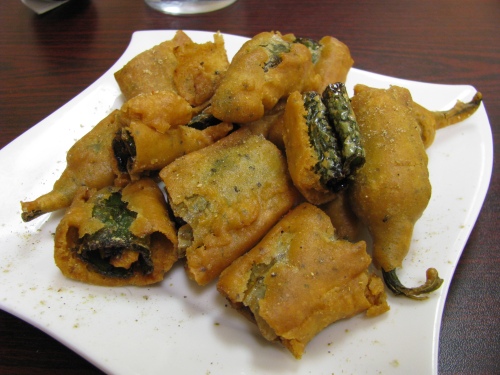 Of the entrees the green chicken curry is notable. A complex mix of spices and herbs, hard to pin down but vibrant in color and flavor. 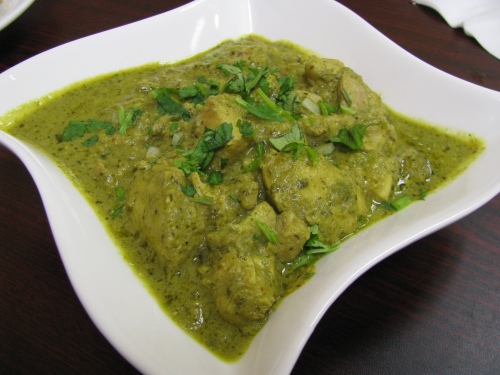 The mutter paneer (fresh homemade cheese cubes cooked with peas) was well above average and the paneer was nicely browned. Reethika caters well for vegetarians with five vegetarian appetizers and nine vegetarian entrees.

They have plans to offer idli and dosa at the weekends and there are often daily specials.